India is a second world largest populated country.India has 122 major languages while there are about 1600 total languages. Among them, 30 languages are spoken by more than a million people. It has 29 states as you can see in the recent Map.

India has 6 seasons in a year. Most of the India weather is hot and only hilly places will be colder. India had been ruled by many foreigners like Romans,Babylonian,Mughal and colonial, before it had its own kingship. Though it is a democratic country it is dominated by Hinduism.

There are 22 officially recognized  languages . Each of the states has their own languages. You could find all kinds of people mostly you can find in India the poorest people of the world. 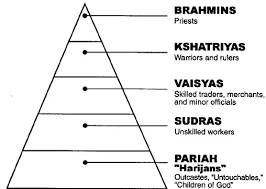 Caste system means  on the basis of lack-of-logical-sense, many people identify themselves as different types of humans than the others. a traditional view of caste systems, in which the people of that society are born into certain categories that determine their way of life, opportunities, and social customs. Caste may be based on religious beliefs or historical influences, often a combination of many factors.

More than 160 million people in India are considered “Untouchable”—people tainted by their birth into a caste system that deems them impure, less than human.Nearly 90 percent of all the poor Indians and 95 percent of all the illiterate Indians are Dalits. Statistics compiled by India’s National Crime Records Bureau indicate that in the year 2000, the last year for which figures are available, 25,455 crimes were committed against Dalits. Every hour two Dalits are assaulted; every day three Dalit women are raped, two Dalits are murdered, and two Dalit homes are torched.

A non-Indian might find it hard to believe how seriously the caste system in taken in India, but it continues to remain an integral part of Indian culture.

Hindus believe a person is born into one of four castes based on karma and “purity”—how he or she lived their past lives. Those born as Brahmans are priests and teachers; Kshatriyas are rulers and soldiers; Vaisyas are merchants and traders; and Sudras are laborers. Within the four castes, there are thousands of sub-castes, defined by profession, region, dialect, and other factors.

Untouchables are literally outcastes; a fifth group that is so unworthy it doesn’t fall within the caste system.

Although based on religious principles practiced for some 1,500 years, the system persists today for economic as much as religious reasons.

Because they are considered impure from birth, Untouchables perform jobs that are traditionally considered “unclean” or exceedingly menial, and for very little pay. One million Dalits work as manual scavengers, cleaning latrines and sewers by hand and clearing away dead animals. Millions more are agricultural workers trapped in an inescapable cycle of extreme poverty, illiteracy, and oppression.

Although illegal, 40 million people in India, most of them Dalits, are bonded workers, many working to pay off debts that were incurred generations ago, according to a report by Human Rights Watch published in 1999. These people, 15 million of whom are children, work under slave-like conditions hauling rocks, or working in fields or factories for less than U.S. $1 day.

For a moment, imagine that no matter how much you educate yourself and no matter how hard you work, you will still have the same occupation and way of life as your family before you.

IGMI is concentrating on preaching the Gospel to the Dalits , orphans and lepers. Because leprosy affected people and blinds are the most outcastes among the society. In Hinduism they  say when a person got affected by leprosy,blinds,widows,orphan are the punishment of your previous life that you did wrong .We have gotten many opposition and death threat for preaching the Gospel but we never give up.

Because the one who in us is greater than the one who is in the world. We believe human kind was coming from the First man Adam and Eve who created by the Lord as His own image! Men did sin against God became fallen and short of the Glory of God. But only Jesus is the one who come to this world to bring reconciliation in between God and men. He died for their sin and those who ever believe on Him they will not perish but they will have eternal life though His son Jesus Christ. 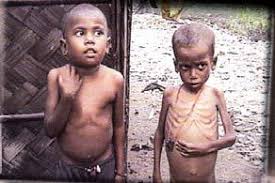 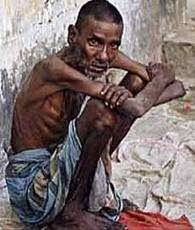 When a men got sick because of doing menial Job in India no one would taken care of him. 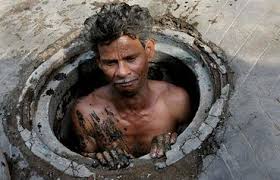 Here is a man without any protector on him he is in the human dung area. He is a poor dalit guy have no way of his life to be get changed. He and his sons have to do his Job because of he is a Dalit. Who will be ready to tell them there is a God who sees him as his own son? Many hundreds of them never tasted there is a God who cares them. 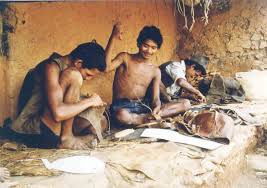 Dalit young guys have to be a cobbler they are the most disrespected people among community in publicly. That is why when William Carry come to India he was working as a cobbler learned and translated New Testaments in to more than 25 Indian Languages.

Dalit young  kid job is to  finding recycling  waste things in a dangerous medical waste and all unwanted waste area.